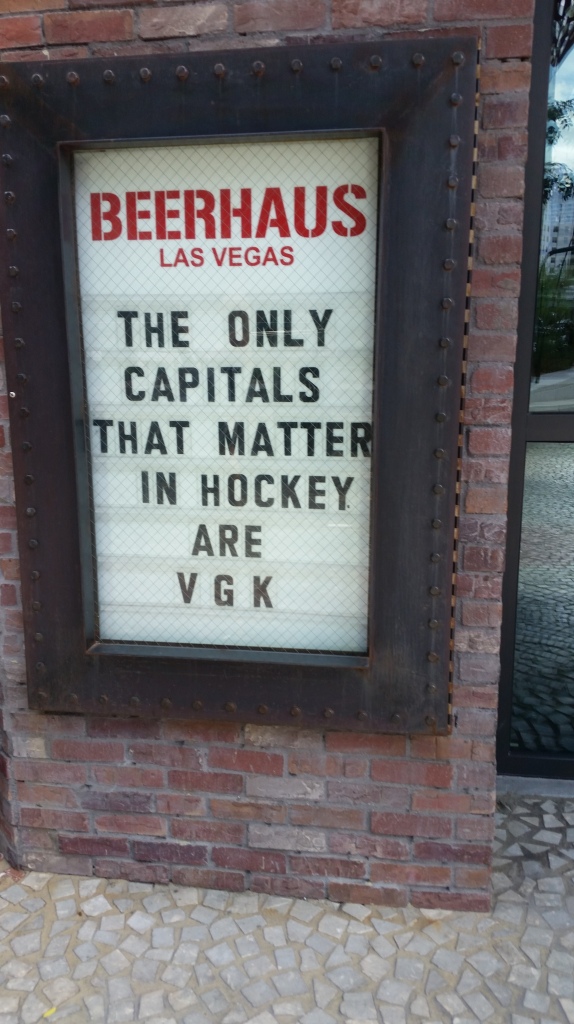 The star in the team’s secondary logo is an homage to the Welcome to Las Vegas sign.

VGK’s team mascot is Chance the Gila Monster. They decided to go with a…cuddly gila monster over a knight? Because gila monsters are more kid-friendly.

Wild Bill currently holds the title as the top goal scorer in the league with 43 goals for last season. He also holds the record for most goals by a single player in an inaugural season.

Vegas Golden Knights are the first NHL expansion team since 2000.

The team is owned in part by the Maloof family, who until recently owned and operated the Palms Resort & Casino.

VGK is not the first hockey team to call Las Vegas home. That honor belonged to the Las Vegas Gamblers.

The team name is an homage to the Black Knights of the U.S. Military Academy.

When a door closes, find a window. 😂 #VGKRoadTrip

The fan stores are called The Arsenal and the Armory.

The Vegas Golden Knights were involved in numerous trademark disputes before their inaugural season, including ones with the U.S. Army and the College of St. Rose.

The Golden Knights preseason begins on September 16 against the Arizona Coyotes. You can get tickets to games through Stub Hub, Ticket Master, or the team’s website.

One thought on “10 Facts About the Las Vegas Golden Knights”